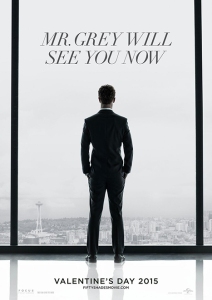 The long anticipated opening of the aforementioned movie is opening this weekend – Valentine’s Day. What a display of precision marketing along with the hype to get the women swooning over a storyline older than Medusa. It isn’t anything new about the freakiness in all of us, it just needs to be brought out by the right individual (according to some).

Take a walk with me down memory lane to recall some of these classic sex tales:

This is merely my list of titles that I have seen and somewhat enjoyed. However, I am curious as to what yours might be – feel free to add to this list. Otherwise, go out and have an erotically good time at the movies.